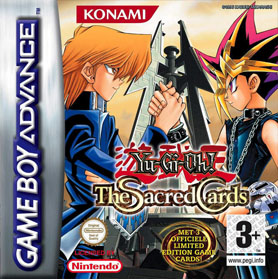 Download Yu-Gi-Oh! – The Sacred Cards Gameboy Advance Multilanguage 1 free link for console, PC, Android apk, Apple and Mac OS X and emulator Visual Boy Advance. The rules of the game are slightly different from the real card game. They resemble the rules of Yu-Gi-Oh! Dark Duel Stories, themselves based on the rules of the prototype that were being considered when the card game was first carried over from the manga. Unlike the real game, there is an elementary rule. For example, water beats fire, electricity beats water. Additionally, there is a notable absence of game phases and numerous card effects have been removed or modified. The game begins when the player and his two friends, Yugi Moto and Joey Wheeler, are preparing for the Battle City tournament of the card game known as Duel Monsters. To win the tournament, the player must obtain six Location Cards that are received after defeating certain characters in Duel Monsters. After obtaining all the locators, the player enters the final. 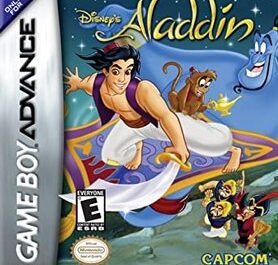