Download Fire Emblem: The Sacred Stones Gameboy Advance Multilanguage Usa Europe 1 link free for console, PC, Android apk, Apple, Visualboy emulator, Mac os X. Set in a separate continuity from previous Fire Emblem titles, The Sacred Stones takes place on the fictional continent of Magvel, which is divided into five nations, each built around a magical stone said to be linked to the imprisonment of an ancient demon. When one of the five nations, the Grado Empire, invades its neighbors and begins to destroy the stones, the protagonists Eirika and Ephraim of the royal family of Renais set out to gather allies and stop the conquest of Grado, while also attempting to discover the reasons for the war. . The gameplay is similar to previous Fire Emblem games, focusing on the tactical movement of units in turn on a grid-based battlefield. The main features of the game include the permanent death of defeated characters in battle and support conversations that give advantages to certain units in battle. 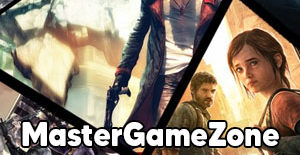